skip to main | skip to sidebar

Seriously what the freak. Let me tell you a little story. Once while I was a sophomore in high school a crazy lady named Aunt Flow came to visit me. She had visited me previously but I hated her!! Anyways, she decided to visit me but I decided not to let her ruin my weekend. So I went to the movies with my family. We saw Bridge To Tarabithia (great movie!!). The theater was filled with mainly old people and 8 year olds with the exception of me my mom and my brother. Towards the end of the movie something shocking happened and I started to bawl. Not cry my friends, BAWL. Like sobbing making noise I can hardely breath bawl. Anyways I cried and cried until the old lady next to me asked if I would please shut up because I was scaring her grand-daughter. Yikes. Anyways. You may be wondering what this has to do with anything. Well I never cry!! Honestly it rarely happens. Except when Aunt Flow visits me. Then I can't stop crying!!!! I'll cry over happy things, sad things, stupid things, you name it and I'll cry for it. In fact I'm sitting here right now trying to hold back tears because I don't even know why.

Anyways, today I had ANOTHER job interview. This one was for the YMCA. I already got hired at the Wynn but I had nothing better to do today so I figured I'd go check it out. We had a group interview just like at the Wynn except this time there were only half as many people, BUT it took us 2 hours (the Wynn took 30 minutes). Anyways I only talked for a total of 6.5 minutes of the 2 hours. The other 113.5 minutes I tried to figure out who was mormon. It's a fun game sometimes. Like this one kid said he was an Eagle Scout and his last name was Mauer (I know a mormon Mauer who goes to the same school as the dude) anyways then he said he could work on Sunday. So he could be mormon...or not..or a bad mormon!!! BAAA.

After the interview was done and I had determined 5 people in the group were Mo-Mo's they interviewers told us we were all invited back next Wednesday to do a skills test. They started by explaining that we'd have to do some first aid and cpr stuff. I was all for it until they said we would have to do the 300 yd swim again. Holy crap the first time I had to do that I didn't even swim all of the (I cheated..so sue me) and I almost gave up my $90 because I felt like death was upon me. I had seriously never felt such horrible body pain!!!! So I opted out and decided to just stick with my very nice and EASY job at the Wynn. 10.50 an hour to sit in a chair and tan..plus tips if I happen to give an old guy a towel!!! My boss today told me that I probly got hired because I'm cute!!! I refuse to take that as an insult because who wouldn't wanna get paid for that...even if it means I was hired based on looks and not my brains OR personality.
Posted by Beezy at 9:57 PM

you are weird. end of story. haha i still love you tho.

Other Stuff By Me

Chey AKA Tubby AKA Mr. Amazing

I fell so lucky to have met Chey. He is turly a blessing in my life. He is one of my best friends and I can talk to him about anything. I look up to him for a lot of things and he makes me want to be the best possible person I can be. He is an amazing person, friend, and boyfriend. Without him I don't know what I would do!

I've known this girl for a while, but we really got close when i started working at DI. That hell hole of a thrift store soon became a place I could run to and laugh my butt of with Shelby. As she would say she's my friend becuase no one else will befirend me lol but whatever the reason I'm grateful to have her in my life. She's my rolemodel in so many ways and she probably doesn't even know it. She's such a strong girl in every aspect of life whether it be church or relationships or just physical strength (she's beaten me up a few times! lol) She's also really smart. She's an amzing writer and she's got wisdom beyond her years. Love you Bizzle ^_^

Linds AKA My Bestie 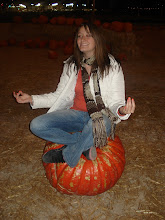 This is my bestie..i love her with all my heart and she has been with me through a lot! Right now she's very far away from me but soon she'll be home! In the mean time I'm keeping her close in heart and in my thoughts. Love you Linds :)

Beezy
My name is Alix. I'm trying to figure out what to do with my life and hoping i don't eff up in the process and end up a bum!